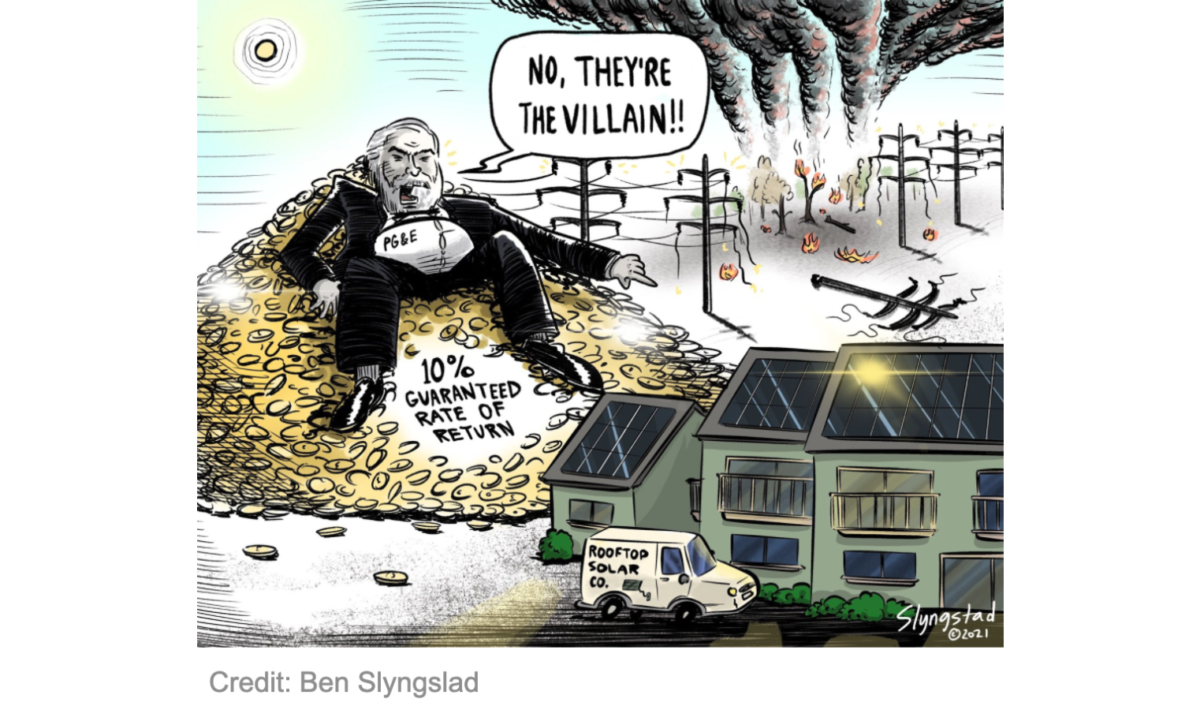 UPDATE: We understand that the focus of the fight for a Strong Net Energy Metering (NEM) program has shifted. Following the defeat of AB 1139, advocates and supporters of clean local energy shifted gears. In November, we await a Proposed Decision (PD) from the CPUC on the changes they want to make to NEM. We are not optimistic.

The Alliance will update the information below when the PD has been released. Please visit here again soon.

Community Choice energy agencies and their customers have a critical stake in the defeat of AB 1139. However, these agencies, created to speed the transition to a cleaner, safer, more resilient and more socially just future, are acting like this bill to kill local solar doesn’t matter.

Such indifference carries water for the investor-owned utilities (IOUs). It fails to prioritize the development of decentralized energy options –distributed energy resources– and therefore ignores the vital interests of our communities. By upending the economics of rooftop solar, as AB 1139 would do, all customers will be the losers:

Check out our Position Paper on AB 1139 for the full story.

In short, AB 1139 will set new standards for solar in California:

But while we all lose, the IOUs will get a big profit boost. AB 1139 represents a shift in wealth from ratepayers to IOU shareholders. By killing community-based local solar, the IOUs leave us hostage to rising utility bills to pay for the IOUs’ ‘self-approved’ transmission upgrades, wildfire mitigation costs, wildfire damage payouts, and other utility bailouts.

All who care about the future of our communities and the role of Community Choice in building that future, here’s what you can do:

The materials below are provided by the “Save California Solar” campaign and their supporters:

Who Else is Against This Bill?