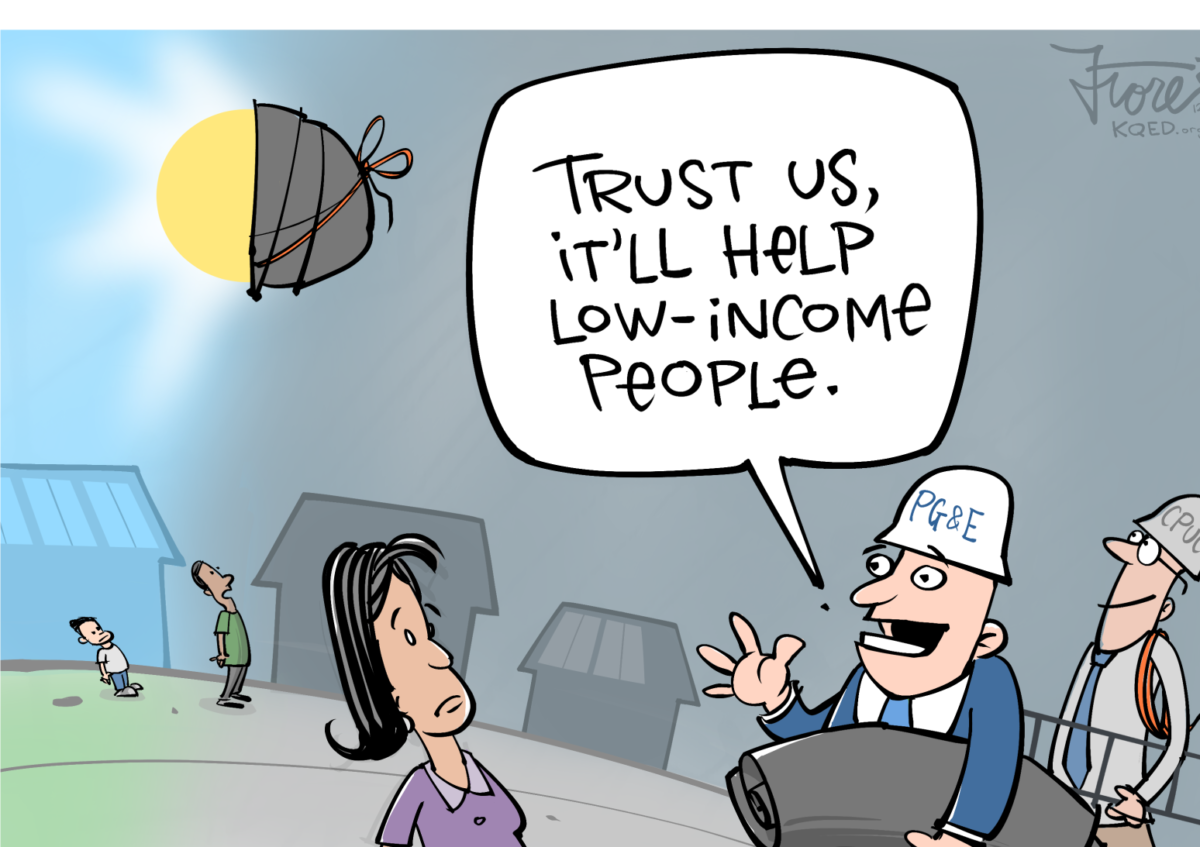 Rooftop solar remains under attack. We must continue to stand strong and defend our ability to develop and deploy community-based energy resources.

In May 2022, the California Public Utilities Commission (CPUC) released a request for comments on new provisions for the Net Energy Metering (NEM) ruling. This was in response to a powerful public Save California Solar campaign that forced Governor Newsom to instruct the CPUC to revisit the proposed decision.

Unfortunately, the new provisions disregard the outspoken public opposition and represent no more than a re-packaged version of the initial proposed decision:

The CPUC is viewing rooftop solar as a threat to PG&E and the state’s other monopoly utilities rather than as a value to our communities. It is failing to account for the many community benefits derived from rooftop solar, including energy resiliency, local jobs, and deferring the buildout of long-distance power lines, which saves ratepayers money, protects ecosystems, and prevents wildfires.

Rooftop solar is only one of many technologies that reduce energy consumption from the grid. Penalizing rooftop solar will not solve energy inequities, as the utilities claim. Instead, it will kill rooftop solar and strengthen utility control over our energy system … because let’s be real, increasing their profits is what utility shareholders really care about.

Misinformation continues to be spread by the utilities and the elected officials who are in their pocket. Anti-rooftop solar propaganda is dangerous, as attempts to establish utility lies as facts. In the following short video, Dave Rosenfeld from the Solar Right Alliance debunks the utility propaganda and explains how rooftop solar actually helps all Californians – whether they have rooftop solar or not.

Make no mistake. If California communities want the ability to benefit from local solar, we must stand up and defend rooftop solar.

The California Alliance for Community Energy has been fighting for rooftop solar for years, yet the threat has never been this serious. Below please find links to our efforts, followed by a selection of resources to mount your own actions.

We agree with others: pressure must focus on Governor Newsom — will he be the Governor Who Kills Rooftop Solar?? We cannot let up until the CPUC backs down!

What’s At Stake: The IOUs Win, We Lose

Alliance Coordinator Al Weinrub speaking out for our communities at the State House, as over 120,000 signatures in support of rooftop solar were delivered to Governor Newsom on December 8, 2021.

Take Action: Resources from Others

The Solar Rights Alliance has been leading the campaign to save rooftop solar since early 2020. Their “Save California Solar” Tool Kit offers a wealth of resources, including:

Voices in Support of Local Solar